Meg on SMSFs – More on future-proofing your fund

By Meg Heffron, on behalf of Firstlinks
April 2022

Last month I shared some ideas for getting a self-managed super fund prepared for the eventual incapacity or even death of a member.

Several comments flagged the challenges for single-member funds where the eventual beneficiaries (or support team in the event of mental decline) will be the member’s adult children. Even worse, what happens if one or more of the children live overseas?

It does get trickier but there is still plenty to do.

An enduring power of attorney is still very useful

It’s not common for adult children to have an ‘active’ enduring power of attorney for their parent until the parent gets quite old. But it’s something worth considering early for people who have SMSFs.

Don’t forget the attorney’s powers can be constrained. For example, I could have an enduring power of attorney that lets my children be trustees of my SMSF in my place now (regardless of my capacity) but doesn’t let them sell my house. I might reserve the “selling all my belongings and putting me in a nursing home” kind of muscle for an enduring power of attorney that’s only activated when I’m unable to make my own decisions.

The SMSF rules accommodate a number of different member/trustee configurations – some that rely on having this document in place and some that don’t. Consider all these examples for a single parent (Tim) with two adult children:

What about overseas residents?

Children living overseas can complicate things, but they don’t necessarily make life impossible (except when it comes to planning Christmas during a global pandemic). For example, an overseas resident can be a trustee of an SMSF. In this modern era of digital communication and even digital signing of many documents, it’s not that impractical.

The thing to watch is that the “central management and control” of the fund is ordinarily in Australia. That means the important decisions are made by people who are normally physically here. But in Tim’s case, if one of his children lives in Australia, it would be fine to have both (under an enduring power of attorney) as directors in place of Tim. For this rule, 50/50 control in Australia is enough.

Alternatively, just the Australian-based child could be a director in place of Tim. Even if the enduring power of attorney normally requires the two children to act together when they are doing things as their father’s attorney, they don’t have to both be directors of the SMSF trustee. It’s the existence of the document that makes it OK for one or both children to be SMSF trustees for Tim – the document itself doesn’t determine how they do it or impose any restrictions on the way in which they make decisions. Once they become the trustee of their father’s SMSF, they are just like any other trustee – they are not “acting for” Tim.

The big issue to think about very carefully is the amount of control that gives just one of Tim’s children. They will hold the keys to the SMSF. Does Tim want that? And will the ‘right’ balance of power change over time? For example, the family might feel it’s fine to have a lot of control resting with the child who lives in Australia while Tim is still alive. After all, Tim still has all the same rights and powers as a member (as opposed to a trustee). If those powers are exercised under the enduring power of attorney, the children will have to act together if the document requires that. But what about after Tim dies and the trustee is making very big decisions like who gets his super balance? At that point, it might be more appropriate to have both the children involved.

One other point I usually suggest to SMSF members with family overseas is that even if the children become members, they get more specific advice before having any contributions or rollovers directed to the fund. That’s because doing either of these things makes them an “active member” and having too much of the fund owned by an active member who lives overseas is a problem.

Getting it wrong on either the “central management and control” or “active member” rules can mean the fund loses its status as an Australian superannuation fund. That is an unmitigated (very expensive) disaster and the ATO has no flexibility to forgive mistakes.

Get the money out

Several readers of my previous article commented that they would want to get the money out of the SMSF if they were in Tim’s position. There are good reasons for that. The tax on superannuation death benefits to financially independent adult children can be very high. (In contrast, the treatment of beneficiaries such as spouses or dependent children is much more generous.)

When it comes to tax, the death benefit is divided into two parts. One part (called the tax-free component) is the bit that can be traced back to amounts like personal contributions from the member for which they haven’t claimed a tax deduction. This part can come out to the children tax-free. But the rest of the death benefit (the taxable component) is generally taxed at 15%. An even higher rate (30%) can apply to some of it if the member died before they turned 65 and had insurance.

If the benefit goes directly to the children (rather than via the estate), the Medicare Levy is also added.

While a tax rate of 15% doesn’t immediately sound like a lot, remember we’re talking about a tax on capital rather than income here. A $1 million death benefit could cost more than $150,000 in tax. Even the Medicare Levy would be $20,000! (One pro-tip for death benefits is to pass benefits to adult children via the estate where possible.)

It gets more complicated if the child is an overseas tax resident – then things like tax treaties become relevant. The benefit might be assessable in the foreign country rather than Australia and taxed entirely differently.

Unsurprisingly, no one likes to die with lots of money in super when the beneficiaries aren’t classified as ‘dependents’ under the tax laws.

But that doesn’t make it obvious to me that Tim should close his SMSF and get out of super entirely. I think it really depends on factors like Tim’s age and the make-up of his super.

For example, if Tim is a healthy 60-year-old, he’s likely to have many years of fantastic superannuation tax concessions ahead of him. Does he really want to take all his money out of super now just on the off chance that he might die prematurely and that would cost his children money? But if he is in his late 80s with declining health, the answer to that question might be entirely different.

And what if Tim’s super was mostly a ‘tax-free’ component? In that case, he might decide to leave it in super if possible – there’s no real downside to his children.

Like so many things with superannuation, it’s a classic case of picking the right strategy at the right time.

*Meg Heffron is the Managing Director of Heffron SMSF Solutions, a sponsor of Firstlinks. This is general information only and it does not constitute any recommendation or advice. It does not consider any personal circumstances. 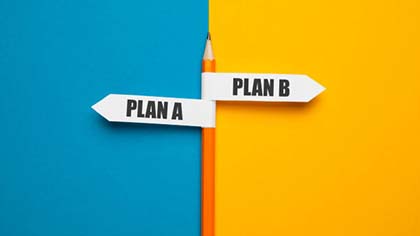